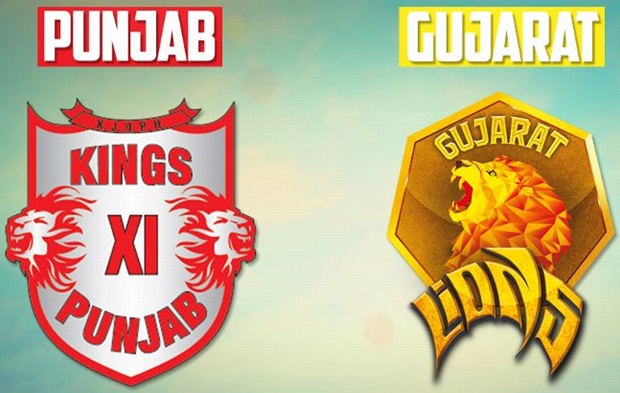 Kings XI Punjab:
The home team Punjab will be facing the new entrant Gujarat in their opening encounter. They will be now led by David Miller and with the inclusion of new talents such as Armaan Jaffer, KC Cariappa, Shardul Thakur, the team looks good. During this year's auction there were not many great buys done by the franchise and they somewhat kept the side same as they bought only a few players. The new signings were the Indian pacer Mohit Sharma, Maharashtra lad Nikhil Naik and Swapnil Singh among others. They have kept the Australian duo of Mitchell Johnson and Glenn Maxwell intact. Glenn Maxwell has been a major star for their side and the management has focused more on the domestic players rather than bidding for foreign stars at exorbitant rates.

Gujarat Lions:
The new contestants, Gujarat on the other hand, would be making their debut in this tournament. They will be led by Suresh Raina with a completely new set of fresh and exciting talent. The foreign talent in this side consists of Brendon McCullum, Dwayne Smith, Aaron Finch, Dwayne Bravo, Dale Steyn, James Faulkner and Andrew Tye. The domestic players would boast of Ravindra Jadeja, Shadab Jakati, Dinesh Karthik, Dhawal Kulkarni, Praveen Kumar and Pravin Tambe. The side looks like a pretty balanced one. A significant plus is that they would be trained under the guidance of Zimbabwean great Heath Streak as their bowling coach and Brad Hodge as their head coach.

Toss: Gujarat Lions have won the toss and have opted to field

Man of the Match: Aaron Finch